Apple TV lets you stream all the video content in the iTunes Store to your HDTV, with purchases stored in the cloud. Netflix, Hulu, HBO,

AppleTV is a digital media player and microconsole developed and sold by Apple Inc. It is a small network appliance and entertainment device that can receive digital data for visual and audio content such as music, video, video games, or the screen display of certain other devices, and play it on a connected television set or other video display.

Apple TV is an HDMI-compliant source device.[5] To use it for viewing, it has to be connected to an enhanced-definition or high-definition widescreen television via an HDMI cable. The device has no integrated controls and can only be controlled remotely, either by an Apple Remote or Siri Remote control device (which is included with Apple TV) using its infrared/Bluetooth capability, by the Apple TV Remote app (downloadable from App Store) on numerous Apple devices using its Wi-Fi capability, or by some third-party gaming controllers and infrared remotes.[6][7]

Apple TV runs software applications preinstalled with the system software or, for models running tvOS, downloaded from Apple’s tvOS App Store over the device’s Wi-Fi connection, with the most popular being those that stream video.[8] Major online content sources for Apple TV apps include subscription services for streaming television and film, cable and broadcast networks via TV Everywhere, and major sports leagues.[citation needed]

Its Wi-Fi capability is also used to receive content purchased or rented directly from Apple’s ITunes Store, transmitted from other nearby iDevices via AirPlay, or shared from macOS or Windows computers running ITunes.[citation needed]

According to observers, Apple’s March 2019 special event highlighted the company’s reorientation of its focus away from the Apple TV hardware, which has lagged competitors with only 13% of U.S. connected TV market share, and apps on the set-top box, and toward higher revenue Apple-distributed video streaming that will be available even through competitors’ devices, via the company’s Apple TV+ original content service and Apple TV Channels a la carte premium video on demand subscription aggregating service.A

allows you to watch your playlists (live or VOD content) and organizes its content in a beautiful and easy to use interface.

– Search for channels in all playlists

– Channel preview (Must be enabled in settings)

– Easy to use and simple interface

– Supports most of the IPTV playlists

– Video player supports most of the stream codecs

– Xtream Codes support (with catch up) 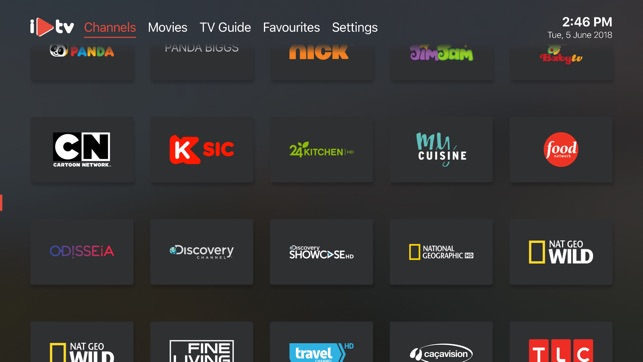 Features of Apple TV include: 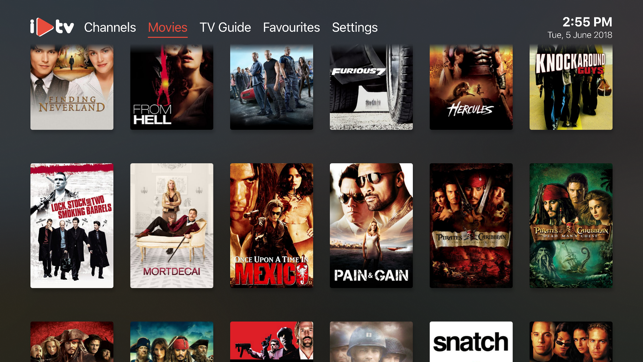 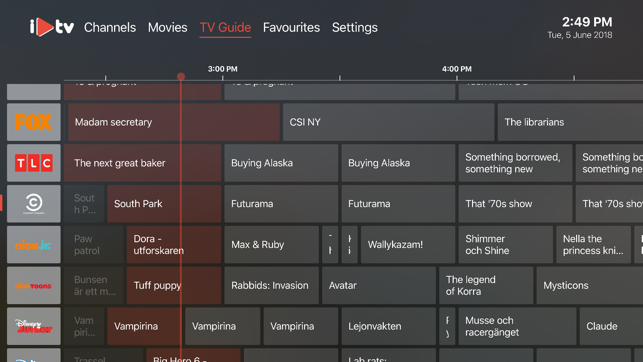 With multiuser support for gaming, players can keep track of their individual game levels, leaderboards, and invitations — and switch between players on the fly. You can also connect more of your favorite controllers to Apple TV, including Xbox Elite Wireless Controller Series 2 and Xbox Adaptive Controllers.

Let HomeKit show
you the door.

Get a live view of your front door and keep an eye on all your HomeKit camera feeds — right from your Apple TV. Just ask Siri to view any camera at any time or see them all from the Home view in Control Center. 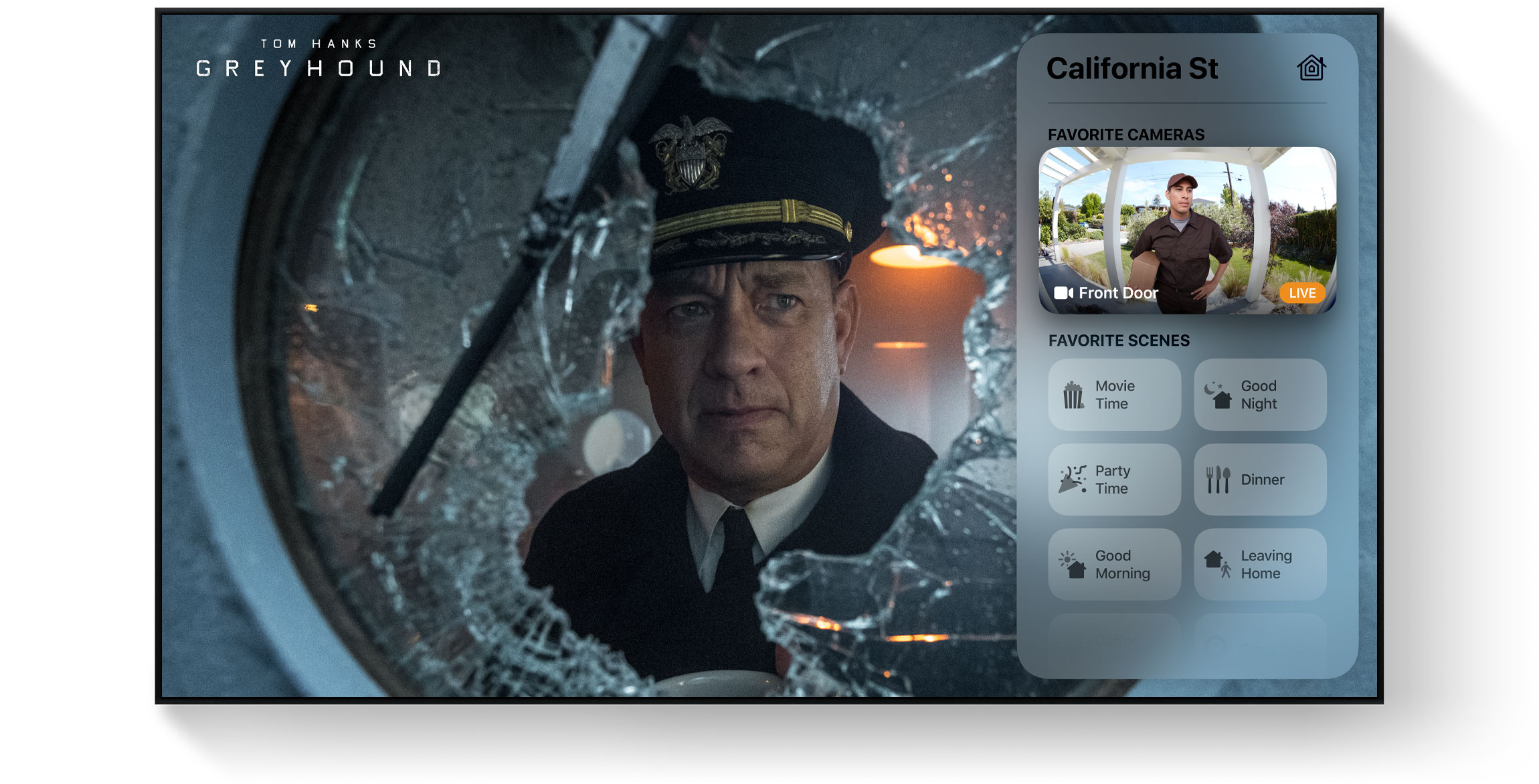 There’s more to see. And hear.

Picture in Picture lets you watch a movie while you keep an eye on the game, or check the weather while you binge a TV series — all at the same time.

With AirPlay, you can share your 4K videos from the Photos app on your iPhone or iPad to your Apple TV 4K in their full resolution.

When it’s quiet time, Audio Sharing lets you connect two sets of AirPods to your Apple TV and still enjoy movies and shows with a friend. 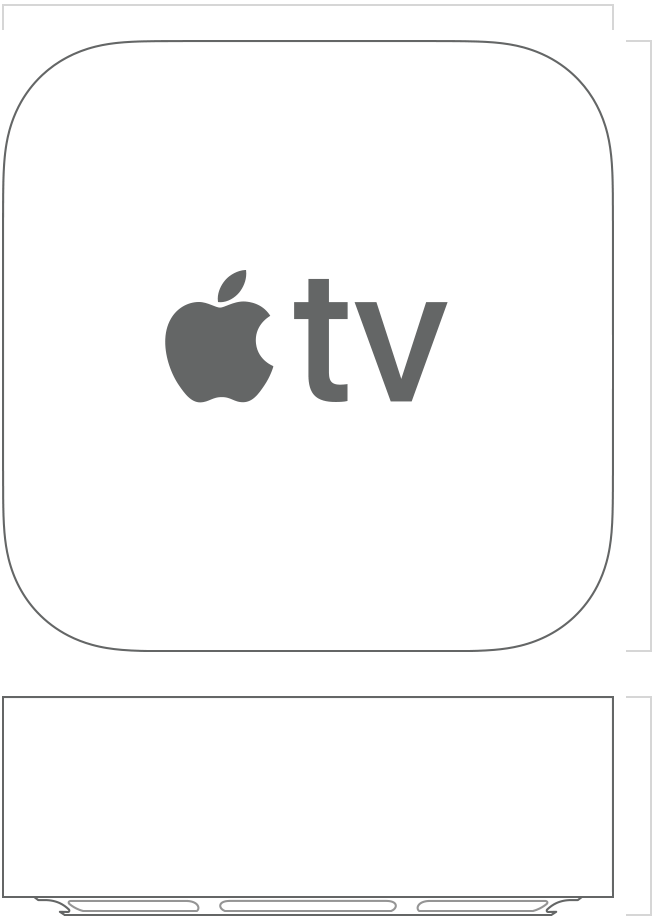 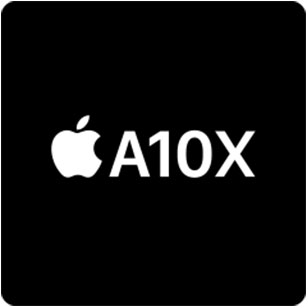 Purchases, rentals, and Home Sharing require an Apple ID that you use for the App Store and other Apple services.

Requires acceptance of the software license terms at www.apple.com/legal/sla

Accessibility features help people with disabilities get the most out of their Apple TV. With built-in support for vision, hearing, physical and motor skills, and learning and literacy, you can easily find and enjoy your favorite entertainment.
Learn more 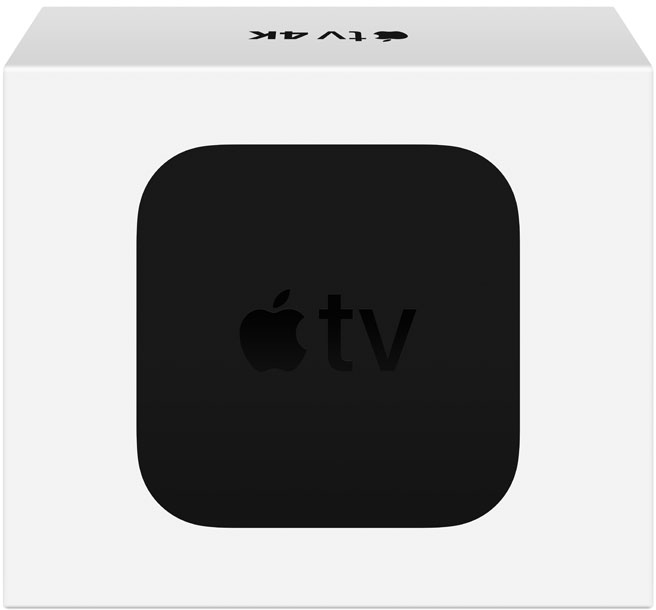 Apple TV and the Environment

Apple TV 4K and the Siri Remote are designed with the following features to reduce their environmental impact:

Apple and the Environment

Read our Product Environmental Reports for detailed information on the environmental performance of every Apple product.

Ready to let go of your old Apple TV? Just give it to us, and we’ll help you recycle it responsibly for free. Good for you. Good for the planet.